Sophiris: Does The NYMOX Failure Change The Odds For PRX302? Maxim Comments

Maxim Group analyst Jason Kolbert maintained a Buy rating on Sophiris Bio Inc (NASDAQ:SPHS) with a price target of $10, which represents a potential upside of 254% from where the stock is currently trading.

Kolbert wrote, “On the surface, it would appear that NYMOX’s NX1207 (NASDAQ:NYMX), a protein-based therapy for BPH, was very similar to Sophiris’ PRX302, and the failure of NX1207 in a pivotal phase III trial does not bode well for Sophiris. However, we see the NX1207 failure as a psotive for Sophiris. Why? PRX302 has a different MOA, and details provided by NYMOX management about the NX1207 trial lead us to believe that it was potentially flawed, as NX1207 efficacy decreased soon after injection. NYMOX blames an abnormally high placebo effect, and we agree there is a placebo effect that’s slightly higher than what we might expect (however, it wasn’t without a basis or totally abnormal). Sophiris has designed for the placebo level seen in the NX1207 trial (discussed below). That is a key difference. Sophiris MOA is highly defined and should show efficacy over time.”

According to TipRanks.com, which measures analysts’ and bloggers’ success rate based on how their calls perform, analyst Jason Kolbert has a total average return of 4.5% and a 42.1% success rate. Kolbert is ranked #805 out of 3365 analysts. 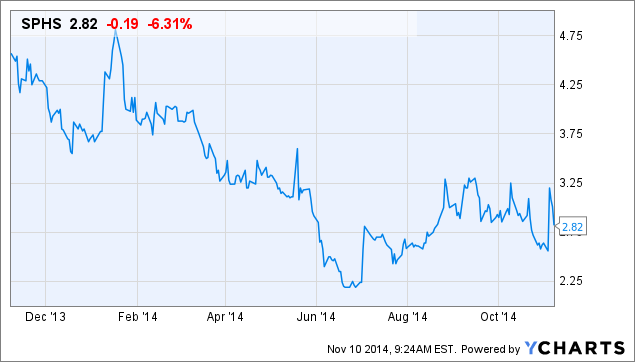