SodaStream: We Remain Cautious On The Shares, Says William Blair

In a research report published October 7, William Blair analyst Jon Andersen assigned a Market Perform rating on Sodastream International (NASDAQ:SODA), following the company’s preliminary third-quarter sales and earnings, which were below the analyst and consensus expectations. No price target was provided.

The analyst concluded, “While we continue to believe that there is a longer-term opportunity for greater global adoption of home beverage carbonation, we remain cautious on the shares given softness in the United States, lack of visibility in Europe, and the prospect of addition competition in 2015.”

According to TipRanks.com, which measures analysts’ and bloggers’ success rate based on how their calls perform, analyst Jon Andersen has a total average return of 20.7% and a 62.5% success rate. Andersen is ranked #810 out of 3319 analysts. 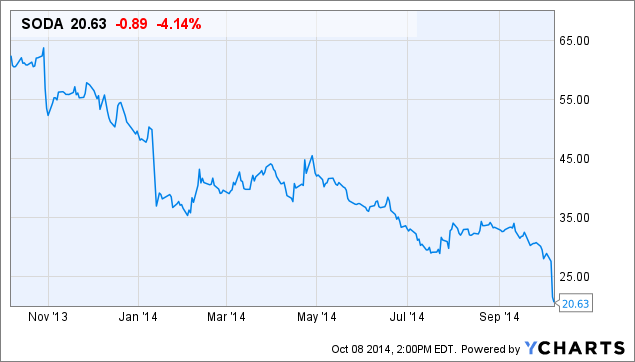