In a research report released yesterday, Wedbush analyst Joan Storms  maintained a Neutral rating on Select Comfort (SCSS) and raised her price target to $20 (from $17), following 2Q:14 results, which were better than expected.

Storms wrote, “For Q1, the company met quarterly expectations for the first time in six quarters, and now Q2 results are even better than expected, including better-than-expected demand for new products. However, given lack of unit growth, tougher comparisons, an intense competitive environment, and challenged consumer, we see limited visibility for a material turnaround in the business until later this year. We are encouraged that management has done a better job executing the business during the past two quarters, but would wait until more consistent results are achieved to get more constructive on the stock”.

The analyst continued, “Select Comfort is working to improve its marketing effectiveness by 1) introducing a new advertising campaign called “Know Better Sleep”, 2) adjusting the marketing mix, and 3) recently hiring a new CMO. New product introductions for 2014 include the rollout of the company’s new x12 Sleep IQ technology across the entire mattress line, a new Classic Series bed, an expanded line of FlexFitadjustable bases, and a new mattress option called the FlexTop. We are encouraged by early results and are cautiously optimistic these initiatives will continue to build”. 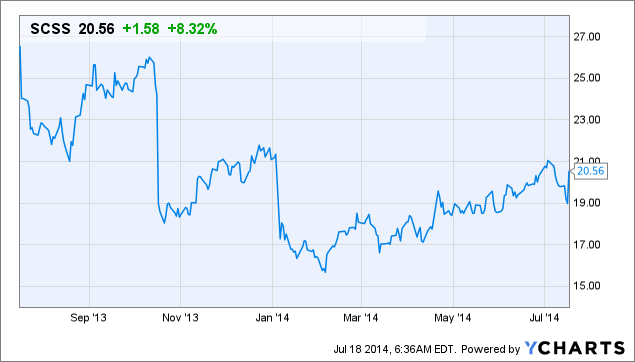