Sonnier noted, “The commercial opportunity associated with the AETHERA trial is modest, but we believe the promising clinical activity as well as the support for long duration of use could drive over $1 billion in U.S. sales for Adcetris from new indications. Roughly 1,000-1,500 stem cell transplants are performed each year in Hodgkin’s lymphoma patients. Of these patients, roughly 50%-60% are at high risk of residual disease following the procedure. We therefore believe that about 750 new patients would be eligible to receive Adcetris each year upon label expansion, and we view the commercial opportunity in the AETHERA patient subpopulation as incremental. However, we highlight the clinical importance of Monday’s results because it represents the first data set with Adcetris in a consolidation or maintenance setting. In addition, patients receive up to 16 cycles of Adcetris in the AETHERA trial, and we believe following the positive data, physicians would likely be more comfortable using the drug for longer treatment durations. Moreover, the other Phase III programs ECHELON-1, ECHELON-2, and ALCANZA, which target front-line Hodgkin’s lymphoma, mature T-cell lymphoma, and relapsed cutaneous T-cell lymphoma, respectively, stand to materially increase the market potential for Adcetris, given the size of the patient population.”

According to TipRanks.com, which measures analysts’ and bloggers’ success rate based on how their calls perform, analyst John Sonnier has a total average return of 21.5% and a 50.0% success rate. Sonnier is ranked #584 out of 3309 analysts. 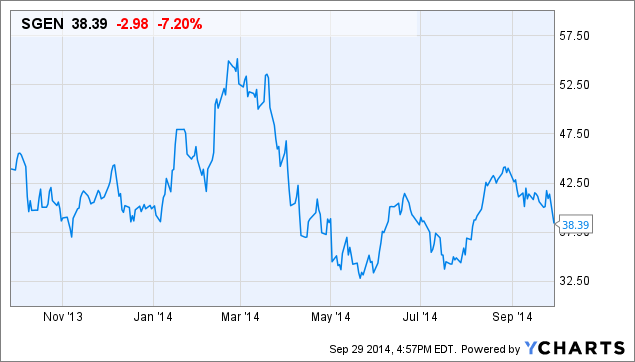