Maxim analyst James Jang on Tuesday boosted his Seanergy Maritime Holdings Corp. (NASDAQ:SHIP) share-price target from $2.00 to $3.00, after the company reported stronger than expected third-quarter results. The analyst pointed out that the increased long-haul iron ore trade from Brazil to the Far East helped SHIP in the past quarter. (To watch Jang’s track record, click here)

Specifically, SHIP reported net revenues of $9.4 million, operating EPS of $0.08, net income of $6.5 million, and EBITDA of $2.8 million, which were all above expectations.

Jang concludes, “By our calculations, there should be a further 15%-20% increase in Capesize asset values through 2018, and with SHIP generating outsized earnings ahead of our forecast of a dry bulk recovery during 4Q17-1Q18, we believe SHIP is undervalued. Therefore, we are raising our price target to $3, from $2 and maintaining our Buy rating.” 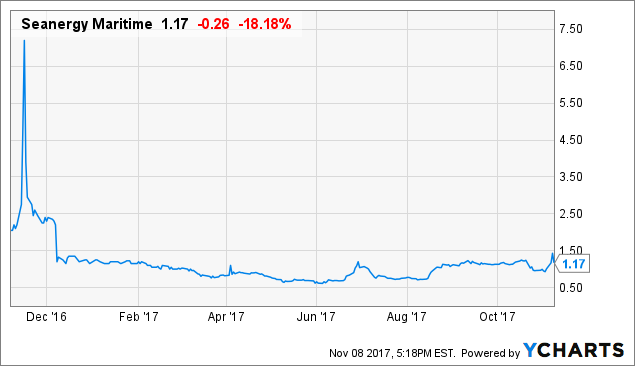