In a research note released yesterday, Roth Capital analyst Debjit Chattopadhyay reiterated coverage with a Buy rating on shares of Sarepta Therapeutics (SRPT), and a price target of $34.00. The call comes ahead of eteplirsen’s 168 week data.

The analyst noted, “The 144 week data showed potential waning of eteplirsen. However, Sarepta will file for accelerated approval with the current data during 4Q 2014 and augment the filing with 168 week data. Based on the estimated 6MWD at week 144, we anticipate that the placebo delayed cohort will continue to progress. However, given eteplirsen’s safety profile we believe that accelerated approval is likely”.

The analyst concluded, “For long-term investors, we would recommend buying Sarepta at current levels as we continue to expect accelerated approval during 2H-2015. Key risks include the emergence of toxicity, manufacturing setbacks, and eteplirsen study failure”. 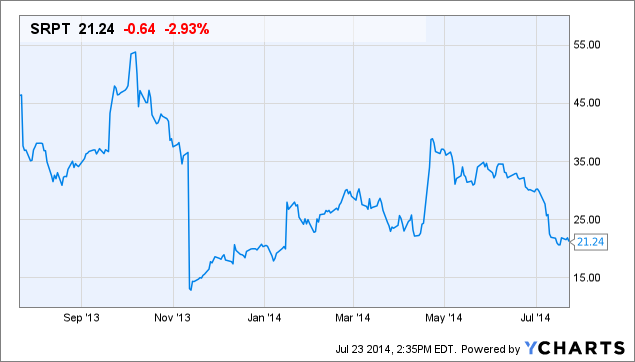