Cowen analyst Ritu Baral reiterated an Outperform rating on Sarepta Therapeutics (NASDAQ:SRPT) with a price target of $19, as the company announced data through Week 168 from Study 202, a Phase IIb open-label extension study of eteplirsen in patients with Duchenne muscular dystrophy (DMD).

Baral noted, “Sarepta’s 168 week data shows an additional 44m decline (76m) over the previously reported 144 week decline of 32m. While this is a statistically significant 65m benefit over placebo (p<0.017), we see this as a negative for the company and think the stock will face near-term pressure in the midst of a potential delayed filing.” 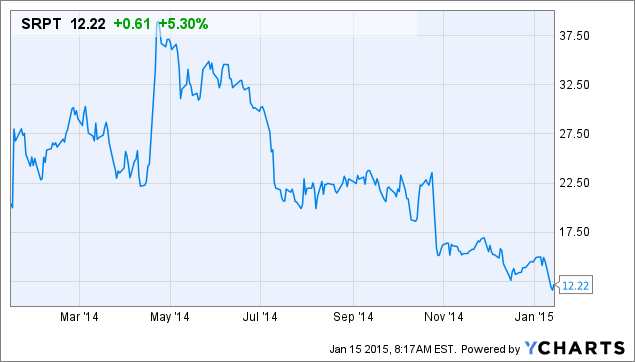