Salix Holds One Of The Highest Organic Growth Potential In Its Industry, Says William Blair

In a research report released yesterday, William Blair analyst Tim Lugo maintained an Outperform rating on Salix Pharmaceuticals Ltd. (SLXP) with a $157 price target, following Salix Pharmaceuticals investor day where management highlighted the safety and efficacy data from TARGET-3 for Xifaxan in the treatment of IBS-D; gave some guidance given the recent Cosmos merger and resulting lower tax rate; and provided an overview of the company’s broad product pipeline, which management believes represents $7.7 billion in peak sales potential.

Lugo noted, “We maintain our Outperform rating on shares because we believe the company holds one of the highest organic growth potentials in the specialty pharmaceuticals industry. Salix is well positioned to execute on a 2015 launch in IBS-D pending a positive regulatory review, which will likely include a second-half-of-the-year advisory committee panel”. He continued, “Given our product sales estimate of $1.672 billion in 2014 and $2.142 billion in 2015, there remains significant growth from the company’s current pipeline.”

According to TipRanks.com, which measures analysts and bloggers success rate based on how their calls perform, analyst Tim Lugo currently has a one-year average return of -3.6% and a 56% success rate. Lugo is ranked #2760 out of 3210 analysts. 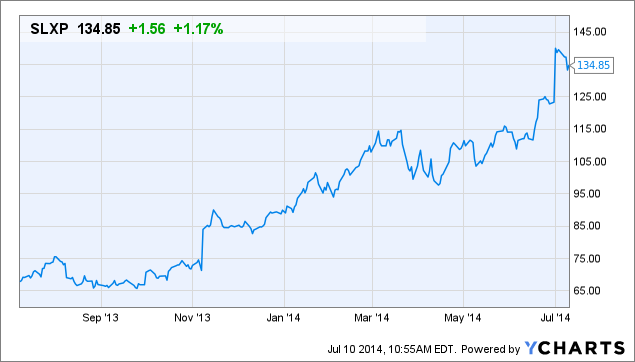