Salesforce.com (NYSE: CRM) reported what’s consider to be a very clean quarter—revenue was $31 million above consensus, non-GAAP EPS a penny better, and billings were $50 million ahead. The company increased its full-year revenue guidance essentially in line with the quarter’s outperformance and now expects revenue to increase 31%-32% (versus prior guidance of 30%-31%) and expects non-GAAP EPS of $0.50-$0.52 (a penny better than prior guidance).

In a research note released August 22, William Blair analyst Bhavan Suri maintained an Outperform rating on CRM shares. No price target was given.

Suri notes: “Although some investors may be disappointed with the company raising guidance only by the quarter’s outperformance, management has increased revenue expectations by $170 million since it initially gave guidance in late November and we believe that the guidance remains conservative. We believe that the stock will be driven over the next 12 months by increased traction in the enterprise segment and continued improvement in operating margins. Based on calendar 2015 estimates, the stock trades at 5.6 times enterprise-value-to-revenue, below the fast-growth SaaS group median of 8.1 times. We believe that it should trade more in line with the group, and we remain long- term buyers, based on the company’s growth opportunities, large total available market, excellent management team, and market position.”

According to TipRanks.com, which measures analysts’ and bloggers’ success rate based on how their calls perform, analyst Bhavan Suri has a total average return of 8.8% and a 54.5% success rate. Suri is ranked #991 out of 3256 analysts. 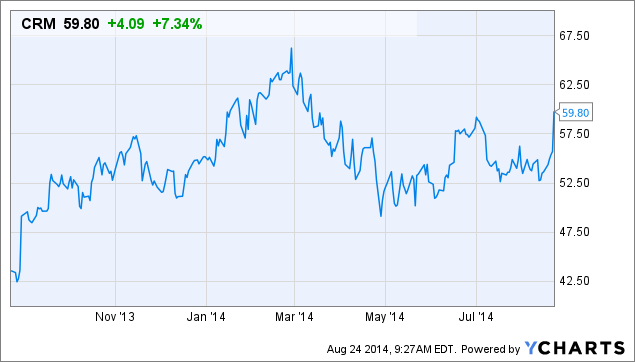