In a research report released Friday, Canaccord Genuity analyst Richard Davis reiterated a Buy rating on Salesforce.com (CRM) with a $65 price target in light of recent news that CRM has agreed to acquire RelateIQ Inc., which automatically captures data from email, calendars and smartphone calls, in a deal valued around $390 million.

Davis noted, “Salesforce continues to be our favorite large-cap growth name, as we believe it is likely be one of the first recipients of incremental investment as the software rotation back into quality growth ensues. In addition, CRM has historically been a name that investors should own into the firm’s October Dreamforce even”.

According to TipRanks.com, which measures analysts and bloggers success rate based on how their calls perform, analyst Richard Davis currently has a one-year average return of 4.6% and a 53% success rate. Davis has an 18.3% average profit when recommending CRM, and is ranked #675 out of 3212 analysts. 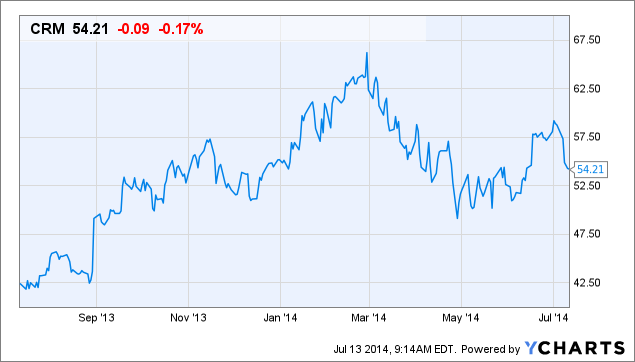