In a research report issued today, H.C. Wainwright analyst Mark Breidenbach reiterated a Buy rating on shares of RXi Pharmaceuticals Corp (NASDAQ:RXII) with a $3.50 price target, after the company announced that the mandatory 30 day review period for its IND filing with the FDA had lapsed, granting RXi the ability to proceed with IRB submission of its planned Phase 1/2 study of RXI-109 in advanced age related macular degeneration.

Breidenbach wrote, “Based on guidance from management, we believe the study could be dose escalating in nature and designed to evaluate safety and early signs of efficacy in patients with advanced, neovascularized AMD, and could initiate before the end of this year. Although VEGF inhibitors including Regeneron’s Eylea and Roche’s Lucentis have significantly improved vision in many patients with the disease, those with advanced AMD face diminishing returns, and we believe that the unique mechanism of action of RXI-109 could slow or halt the progression of retinal scarring.”

Furthermore, “With a broad portfolio focused on dermal and ophthalmologic indications, multiple data readouts expected later this year, the potential to partner one or more programs, and a pro forma cash position of $12M (that we estimate is sufficient to fund operations until late 2016), we believe RXi Pharmaceuticals represents an underappreciated innovator with upside for the long-term investor.” 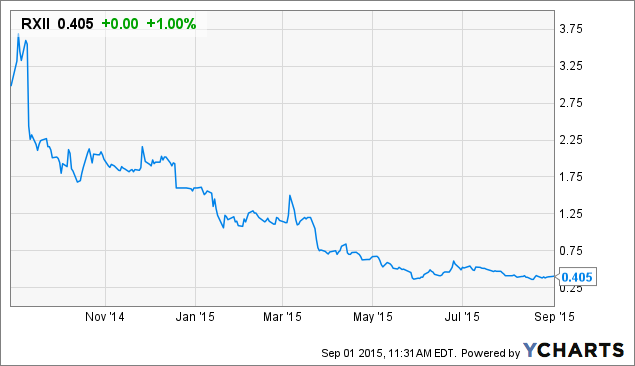