Roth Capital analyst Krishna Shankar came out today with a research report on Intel Corporation (NASDAQ:INTC), cutting the price target to $36 (from $41), while maintaining a Buy rating on the stock. The decreased price target comes after the company announced that first-quarter revenue is expected to be below the company’s previous outlook.

Shankar noted, “Intel lowered guidance for 1Q15 due to a slowdown in Windows XP PC upgrades, high PC channel and OEM inventory, and weakening demand in Europe due to the weak economy and currency headwinds. However, Intel indicated positive datacenter demand and stable gross margins driven likely by stable PC processor ASPs and a rich datacenter mix. Areas of concern include continuing losses in the tablet/smartphone segment, peaking gross margins, and potential for weak PC sell-through due to a softening macro environment.”

Furthermore, “Our target price of $36 is based on a 15x P/E multiple of our 2016 EPS estimate of $2.45 (including 2.9% dividend) relative to our 12% secular earnings growth outlook using a PEG ratio of 1.3x. We believe that Intel stock may have some downside protection due to the above-market dividend yield cushion of 2.9%.” 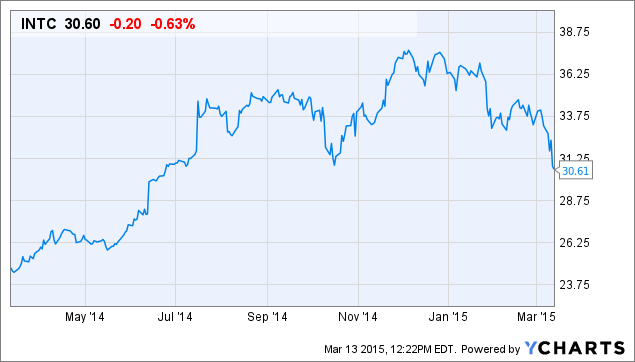