Pantginis noted, “We’re encouraged by the progress in the GANNET53 program and the initiation of the Phase II portion, indicating a belief by investigators as to the potential of ganetespib in this indication. The Phase II study is a randomized, controlled, open-label, multi-center study with PFS and OS as primary and secondary endpoints, respectively.”

“We believe Synta remains attractive based primarily on the promise of ganetespib in several indications and the partnering potential of the drug.”, the analyst added.

The analyst reiterated a Buy rating on shares of Synta Pharma with a price target of $13, which implies an upside of 465% from current levels. 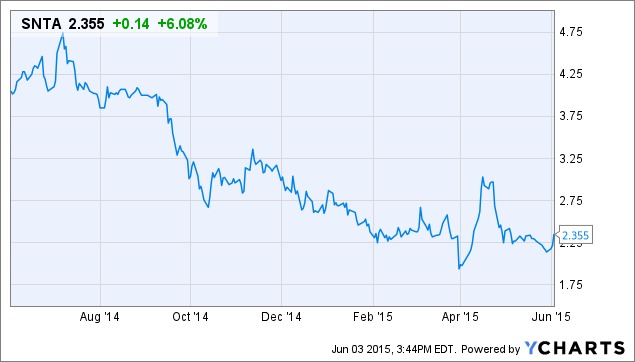