In a research report issued Friday, Roth Capital analyst Krishna Shankar reiterated coverage on shares of Intel Corporation (NASDAQ:INTC) with a Buy rating and a price target of $37, as the company plans to report its earnings results for the second quarter and issue guidance for the third quarter of the year on July 15.

Shankar wrote, “We expect INTC to report weak 2Q15 results and guide conservatively to 5 to 8% revenue growth with weak PC sales (expected to be down 4 to 6% in 2015) and softening enterprise server/networking sales partially offset by strength in the datacenter segment. Recent data points on PC and enterprise demand have been negative from Micron and QLogic. Positives for 2H15 include Windows 10 introduction and stable gross margins driven by a rich datacenter mix.”

The analyst continued, “We believe that continued macro challenges in Europe and China/Asia could dampen datacenter growth also. We expect Intel to give conservative guidance at the low-end of 5 to 8% sequential revenue growth and indicate that Windows 10 may not be a huge positive factor in 2H15 PC upgrades. Intel may also have positive commentary on strategic datacenter synergies with the pending Altera acquisition.” 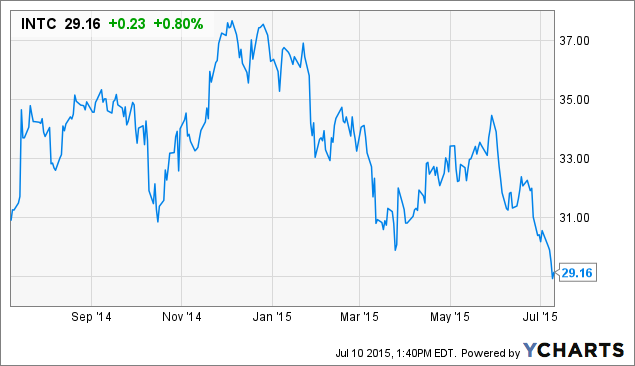