In a research report issued yesterday, Roth Capital analyst Joseph Pantginis reiterated a Buy rating on shares of Palatin Technologies, Inc. (NYSEMKT:PTN), with a $4 price target, after the company released its F2015 earnings, posting EPS of ($0.15) compared to Pantginis’ estimate of ($0.08) and consensus of ($0.11). The company also announced the termination of its EU licensing agreement with Gedeon Richter for bremelanotide, a first-in-class melanocortin agonist, in the treatment of premenopausal female sexual arousal disorder.

Pantginis wrote, “While we expect potential downward pressure on the stock due to the rights being returned, we believe this has nothing to do with BMT or the market itself but rather this has to do with Gedeon Richter’s own business issues, particularly significantly depressed sales in Ukraine. Furthermore, time to market for BMT is ~four years in the E.U. which would have required substantial investment on Gedeon Richter’s part, and we believe this would be an additional burden alongside its current struggles.”

“We believe this could be an opportunity for PTN to bring in a stronger E.U. partner as U.S. partnering discussions continue. We believe that PTN is well positioned with recent developments in the field, namely flibanserin’s FDA approval and Sprout’s $1 billion acquisition by Valeant. As we previously highlighted, Addyi’s approval has set the regulatory framework for approval in FSD. Moreover, while flibanserin’s approval was met with enthusiasm by physicians and patients alike, it was clouded by the black box warning on the label,” the analyst continued.

All the 4 analysts polled by TipRanks rate Palatin stock a Buy. With a return potential of 578%, the stock’s consensus target price stands at $6. 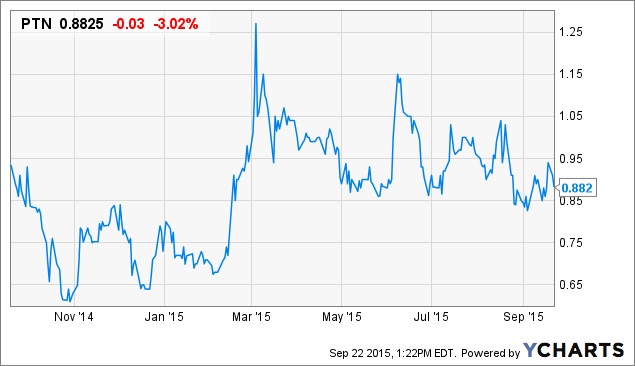