In a research report released Thursday, Roth Capital analyst Krishna Shankar reaffirmed a Buy rating on XG Technology (NASDAQ:XGTI) with a price target of $5.00, which represents a potential upside of 265% from where the stock is currently trading.

Shankar commented, “XGTI (rated Buy) reported weak 3Q14 revenues but made good progress on technology milestones for revenues in applications including public safety, rural broadband communications, defense/homeland security, and IP licensing. Management indicated a near-term revenue opportunity of $13 million with nine proposals at advanced stages of closure. We view XGTI as an early-stage company that may benefit from product and licensing revenue opportunities for its proprietary cognitive radio technology (over 60 patents) that enables better spectrum usage in wireless networks.”

According to TipRanks.com, which measures analysts’ and bloggers’ success rate based on how their calls perform, analyst Krishna Shankar has a total average return of 4.9% and a 48.2% success rate. Shankar is ranked #1024 out of 3363 analysts. 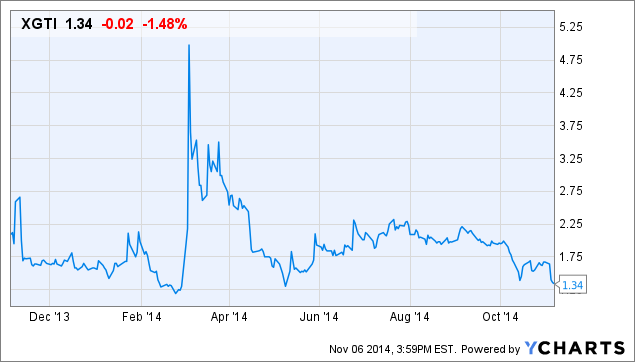