Hecla Mining Company (NYSE:HL) shares are down 3.77% to $2.30, after the company announced its preliminary production results for the second quarter, which were below estimates. According to Roth Capital analyst Joe Reagor, the majority of the lower production can be attributed to slower than anticipated production increases at Casa Berardi and a ventilation issue at Lucky Friday.

However, Reagor remains positive on the name noting, “We viewed the results as mixed, but were encouraged by HL’s announcement of a mill lease agreement for San Sebastian.” Furthermore, “Despite slightly lowering our near-term estimates, we believe HL’s long term outlook has improved through its mill lease agreement.”

The analyst maintained a Buy rating on Hecla Mining stock with a price target of $3.50, which represents a potential upside of 51.8% from where the stock is currently trading. 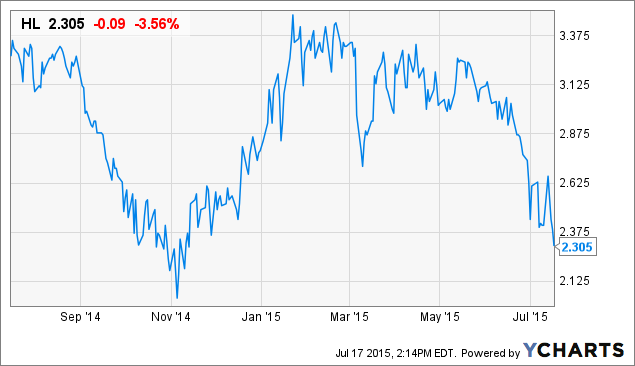