Roth Capital analyst Debjit Chattopadhyay weighed in with a few insights on CTI BioPharma Corp (NASDAQ:CTIC), after the company reported its second-quarter results and outlined its ambitious clinical development strategy for its pipeline in its conference call last Thursday. The analyst reiterated a Buy rating on CTIC, with a $4.50 price target, which implies an upside of 154% from current levels.

Chattopadhyay observed, “Pixuvri commercial struggle in the EU continues, which is inline with our expectation. Operating loss for 2Q15 was $(32.6M) or $(0.19)/share.Proforma cash of ~$83M is sufficient to fund operations into 2016. For FY15, we anticipate an operating loss of $(98M) of $(0.54)/share. However, CTIC is not about Pixuvri, and its future is likely to be determined by the outcome of the PERSIST=2 study, in our view.”

“The ongoing PERSIST-2 study is likely to conclusively demonstrate superiority over Incyte Corporation (NASDAQ:INCY)’s Jakafi, by our estimation. Key upcoming catalysts: PERSIST-2 enrollment completion during 2H15; MAA submission with Baxalta based on PERSIST-1 during 4Q15; potential NDA submission during 1H15; persist-2 readout during mid-2016, and; Pixuvri (phase in combination with rituximab) enrollment completion during 1Q16.”

All the 3 analysts polled by TipRanks rate CTI BioPharma Corp. stock a Buy. With a return potential of 211%, the stock’s consensus target price stands at $5.50. 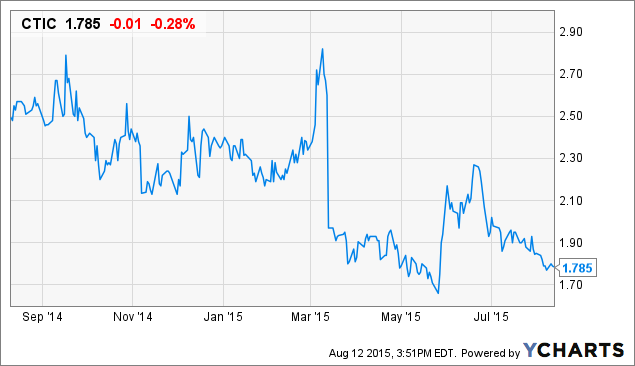