Shen stated, “ASO posted a healthy Q4 and 2015 guidance. Despite strong Q4 margins, the stock may have faded intraday on expectations of some potential margin compression ahead. All in, we believe the company has successfully completed its transition away from a cell vendor and into a module supplier and is gearing up its downstream presence. An ability to drive greater shipments into the U.S. could serve as an upside catalyst.”

According to TipRanks.com, which measures analysts’ and bloggers’ success rate based on how their calls perform, analyst Philip Shen has a total average return of -5.7% and a 34.8% success rate. Shen has a -7.4% average return when recommending JASO, and is ranked #3367 out of 3511 analysts. 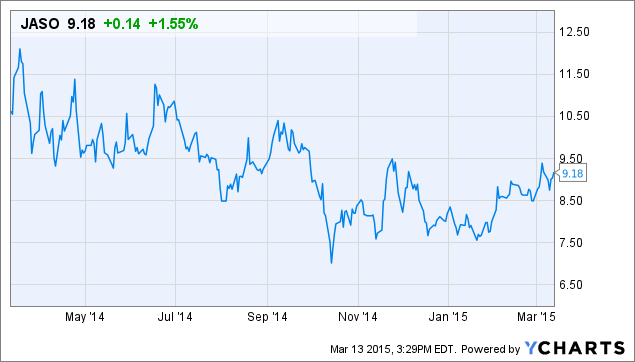