Pantginis noted, “While U.S. sales fell short of our expectations, we are encouraged by strong E.U. sales indicative of encouraging market penetration and representing an almost two-fold higher revenue stream than our estimate. E.U. sales contributed to higher total revenues than our expectations. We believe Roche is committed to the drug, both in terms of expanding territory approvals and expansion of the clinical profile.” The analyst added, “We believe CRIS is well positioned with the continued market expansion of Erivedge and increasing visibility of the internal pipeline.” 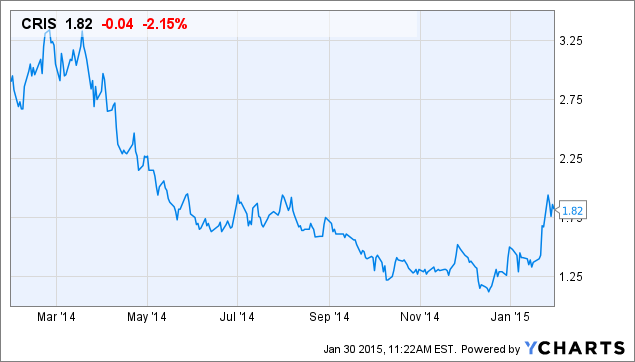