In a research report released today, Roth Capital analyst Dave King maintained a Buy rating on American Apparel (NYSE:APP) with a $1.25 price target, as the company announced Scott Brubaker as Interim CEO and Hassan Natha as CFO, following the resignation of John Luttrell.

King wrote, “We believe this news alleviates an element of leadership uncertainty with the appointment of a full-time CFO. It remains unclear to us whether founder and former CEO Dov Charney will retain a long-term position with the company, though it appears he may be back involved with key design, brand, and merchandising decisions as part of his current role as strategic consultant pending the outcome of an ongoing investigation. Notably, new management affirmed its commitment to American Apparel’s differentiated sweat-shop free, “Made in USA” manufacturing philosophy.”

According to TipRanks.com, which measures analysts’ and bloggers’ success rate based on how their calls perform, analyst Dave King has a total average return of -0.5% and a 40.5% success rate. King has a -21.7% average return when recommending APP, and is ranked #2537 out of 3310 analysts. 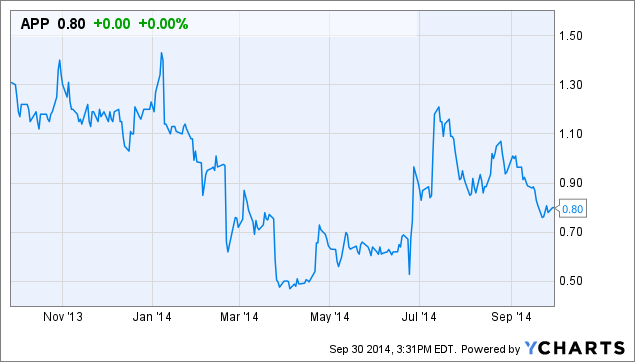