In a research report issued today, Roth Capital analyst Matt Koranda reiterated a Neutral rating on Capstone Turbine Corporation (NASDAQ:CPST) with a $0.65 price target, following recent news that the company is eliminating three executive positions and that CFO Ed Reich is stepping down to pursue other opportunities. The company expects the changes to save ~$2 million annually after payment of severance benefits.

Koranda noted, “Our model still calls for CPST to generate $(8.8)mn in adjusted EBITDA during FY’16. Even with full credit for the $2mn in anticipated savings, we would need to see a material uptick in key end markets for CPST to achieve adjusted EBITDA breakeven next fiscal year. That being said, we do believe the goals of streamlining the CPST organization and achieving EBITDA breakeven are incrementally encouraging.”

Bottom line, “While we are encouraged by CPST’s focus on breakeven, we remain on the sidelines until we see more fundamental signs of improvement in key end markets.” 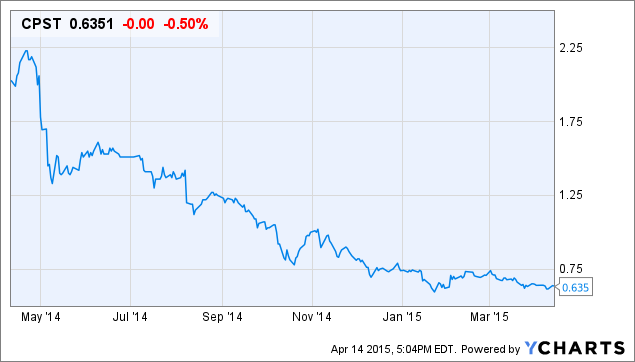