Roth Capital analyst Ed Arce reaffirmed a Neutral rating on Acelrx Pharmaceuticals (NASDAQ:ACRX) with a $6 price target, as the company announced that CEO Richard King will leave the company once the Board finds and establishes his successor.

Arce noted, “We are a bit surprised by the move, but have little doubt that the Zalviso CRL and subsequent delay in NDA resubmission served as the impetus for the Board’s decision. We remain Neutral on ACRX given 1) the uncertain timing of refiling Zalviso and 2) the likely stock overhang during the CEO search.” 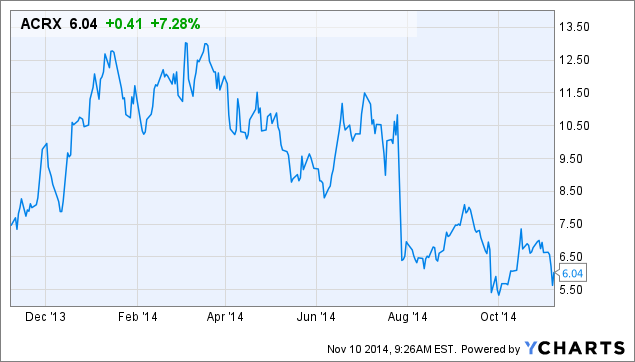