Roth Capital analyst Debjit Chattopadhyay reiterated a Buy rating on Sarepta Therapeutics Inc. (NASDAQ:SRPT)with a price target of $22.00, as the company announced that it has initiated dosing in a confirmatory study of eteplirsen, the Company’s lead exon-skipping therapeutic candidate for the treatment of Duchenne muscular dystrophy (DMD), in ambulatory patients who meet specific criteria on their baseline 6-minute walk test score.

Chattopadhyay wrote, “With the dosing of the first ambulant patient, eteplirsen’s pivotal study (PROMOVI) has now officially begun. For those of us who remain bullish on exon skipping, and importantly Sarepta’s PMO chemistry, today’s patient dosing marks a new chapter in Sarepta’s history.

The analyst added, “Given the widespread ethusiasm among the patient community we anticipate rapid enrollment allowing for the planned NDA submission during mid-15.” 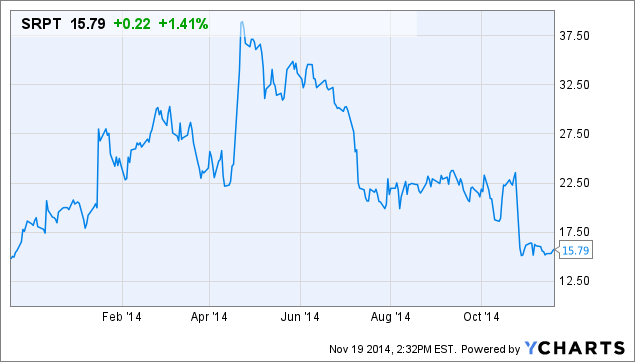