In a research report issued today, Roth Capital analyst Ed Arce maintained a Buy rating on Acura (NASDAQ:ACUR) with a $1.50 price target, following today’s news that the company has submitted a formal dispute resolution request with the FDA for Vycavert, its newly-announced brand name for its abuse deterrent AVERSION formulation of hydrocodone and acetaminophen tablets. The dispute pertains to the FDA’s determination that nasal snorting abuse of hydrocodone with acetaminophen products lacks relevance.

Arce noted, “While we have expected this move for months, we have little reason to believe that Acura will prevail. Instead, we continue to focus on a partnership announcement for approved AVERSION oxycodone by year end.” The analyst added, “Recall, we recently reduced our probability of approval estimate for Vycavert to 25%. While we continue to view opioid drug abuse broadly as a highprofile political issue of public health and safety, we see no evidence that Acura is likely to change FDA’s position on this particular point.” 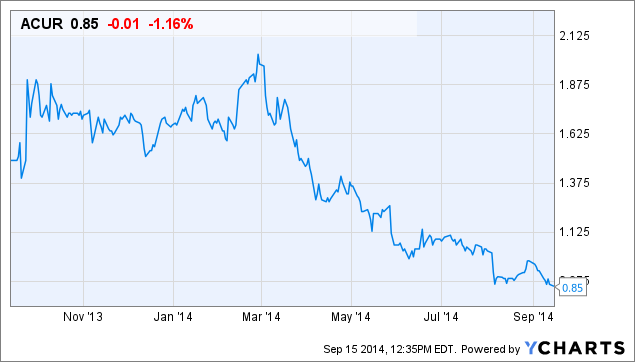