In a research report published Wednesday, Roth Capital analyst Debjit Chattopadhyay reiterated a Buy rating on shares of Cempra Inc (NASDAQ:CEMP) with a price target of $56, after the company announced that the FDA has granted Fast Track designation for solithromycin intravenous and capsules for the treatment of community acquired bacterial pneumonia.

Chattopadhyay noted, “Over the past month Cempra shares are down about 18% trailing its peer group (IBB down ~14%) potentially offering better entry points ahead of its second phase 3 readout during 4Q15, in our view. Solithromycin has now been granted fast track designation, which allows for priority/expedited review, and the ability to submit its NDA on a rolling basis. We expect ROW partnership post IV data, a mid-16 NDA, and 1Q17 approval.”

“Solithromycin’s robust immunomodulatory, anti-inflammatory, bactericidal properties coupled with its broad pathogen coverage, safety (both GI and CV), and higher barriers to acquired resistance makes it a broadly applicable antibiotic in the community and hospital setting, in our view,” the analyst added.

All the 6 analysts polled by TipRanks rate Cempra stock a Buy. With a return potential of 1.3%, the stock’s consensus target price stands at $38. 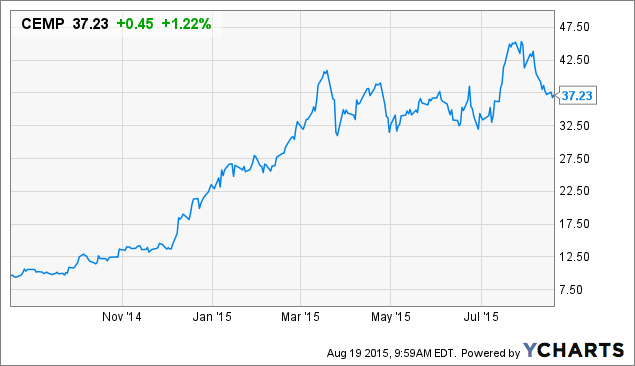