Pantginis noted, “We believe PPHM is steadily building itself as a significant player in the checkpoint inhibitor field with a differentiated target that appears to be favorably combinable with other checkpoint inhibitors as well as with other therapies (targeted or otherwise).” “With Peregrine being a pivotal stage company, we view the risk/reward profile as favorable, and we believe visibility from the broadening bavituximab profile and partnering potential should drive the stock in 2015.”, the analyst added.

The analyst reiterated a Buy rating on Peregrine’s stock with a $5 price target, which represents a potential upside of 279% from where the stock is currently trading. According to TipRanks.com, which measures analysts’ and bloggers’ success rate based on how their calls perform, analyst Joseph Pantginis has a total average return of 10.8% and a 52.6% success rate. Pantginis has a -23.9% average return when recommending PPHM, and is ranked #156 out of 3707 analysts.

The 2 analysts polled by TipRanks rate Peregrine Pharma stock a Buy. With a return potential of 165.2%, the stock’s consensus target price stands at $3.50. 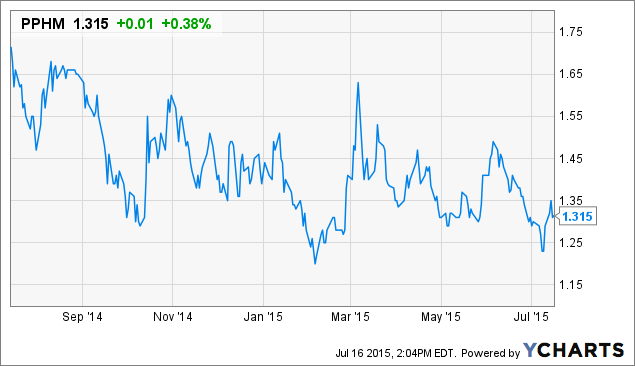