In a research report issued today, Roth Capital analyst Debjit Chattopadhyay reiterated a Buy rating on CTI BioPharma Corp (NASDAQ:CTIC) with a $4.50 price target, as the company recently announced disappointing results for its investigational lead drug candidate, pacritinib, which is being developed as a treatment for patients suffering from primary or secondary myelofibrosis.

Chattopadhyay observed, "In the PERSIST-1 study iTT response rate was 19% (p=0.0003), and the study met its primary endpoint. Note that this was an allcomers study and enrolled patients across the disease spectrum including 16% who had baseline platelet count between 8K to 50K/µL, a population which was not enrolled in the Jakafi phase 3 studies, and is not indicated in its label. Hence, topline response rate comparisons are flawed, in our view."

Furthermore, "We expect another positive readout from PERSIST-2. Hence, pacritinib could become the first choice therapy for a significant portion of the population. We model peak global sales of $1.02B." 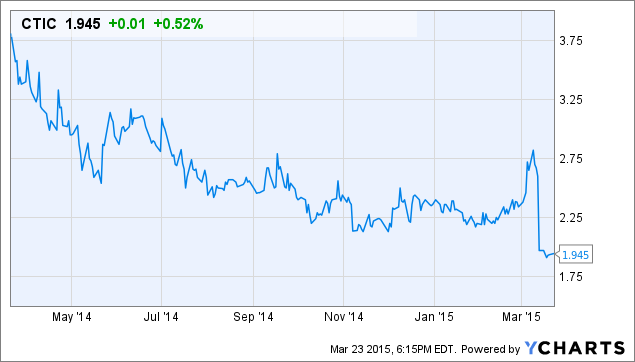