Pantginis noted, “We are encouraged that these three assets will be brought to the large Chinese market. We are not changing our financial projections until we receive further clarity on the regulatory and commercialization paths for the new agreement in China. CASI is currently filing drug registration applications in China for Zevalin and Marqibo, which are already approved in the U.S. CASI anticipates that confirmatory regulatory studies will be required in China though this remains to be seen. Regarding CE-Melphalan, CASI plans to submit an import drug registration immediately following the anticipated U.S. approval. Recall that SPPI plans to submit the U.S. NDA for CE-Melphalan by year end 2014. Recall that in the 2Q14, sales of Zevalin, Folotyn and Marqibo remained flat, while Fusilev showed a 20% quarter over quarter increase in net sales. We expect Zevalin, Folotyn and Marqibo sales to remain relatively flat for the remainder of the year with incremental revenue coming from Beleodaq, which was approved in July 2014 for r/r PTCL and launched within two weeks of approval.” 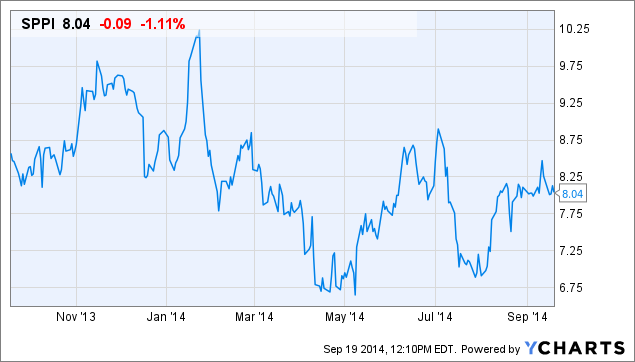