Roth Capital analyst Craig Irwin weighed in with a favorable report on Renewable Energy Group Inc (NASDAQ:REGI), after the company released its fourth-quarter results, which were ‘impressive’, according to the analyst, and where the company was able to capture a healthy benefit from the blender’s credit with volumes ahead of expectations at REG-Geismar and a strong finish for production at all facilities.

The analyst rates the stock a Buy with a $17.00 price target, which represents a potential upside of 80.5% from where the stock is currently trading.

Irwin noted, “Performance was well above expectations, partially benefiting from REG’s risk management programs. 1Q15 will be weak due to an inventory effect and an ongoing feedstock cost reset. We expect positive regulatory and other catalysts to drive appreciation in 2015.” 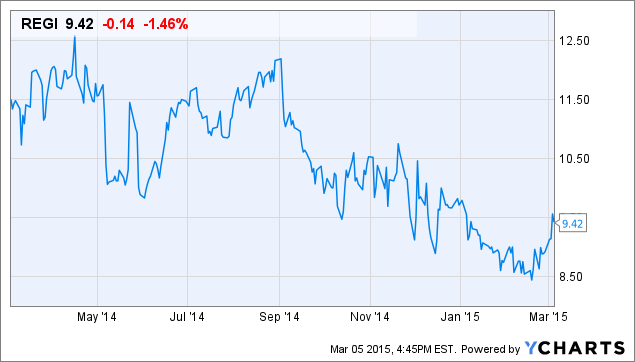