“We continue to be encouraged by continued progress of CF101 in autoimmune diseases and look forward to the 1Q15 readout of the psoriasis study. We believe it is important to point out busy background activities at the company following the prior positive randomized Phase II study in RA with CF101. We see significant partnering potential for the drug. Recall that CANF is under CDA with ~12 companies for a potential CF101 partnership and the company will be having multiple and significant BD meetings next week at BIO in San Diego. We believe the autoimmune indications such as RA and psoriasis will drive the signing of term sheet(s). We believe 2014 will be an important year for CANF, as U.S. visibility should increase as the CF101 moves forward and the HCC program for CF102 gains visibility”, Pantginis wrote.

According to TipRanks, which measures analysts and bloggers success rate based on how their calls perform, analyst Joseph Pantginis, who covers LGND, currently has a one-year average return of -6.5% and a 38% success rate. He is ranked #3027 out of 3104 analysts. 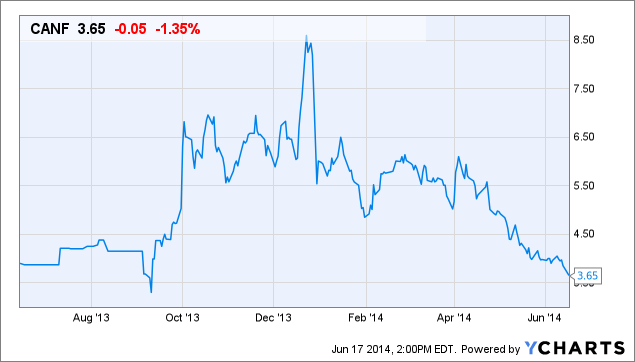