In a research note released this morning, Roth Capital reiterated coverage on Celator Pharmaceuticals, Inc (CPXX) with an Outperform rating and a price target of $15.00, which is based on the company’s lead candidate CPX-351 in AML, as well as broad longer term opportunities with its underlying platform technology, CombiPlex.

Roth’s analyst Dr. Joseph Pantginis seems to be encouraged by the DSMB’s recommendation to continue the CPX-351 Phase III study as well as from the progression of enrollment and believes the company will be able to reach its enrollment completion target of 4Q14. Remission rate data from the ongoing Phase III study in sAML are expected in 2Q15 followed by primary endpoint overall survival data in 1Q16 and NDA filing in 2H16. Recall that the Phase II study was recently published in Blood and it serves as support for the ongoing Phase III study of CPX-351 in sAML.

According to TipRanks, which measures analysts and bloggers success rate based on how their calls perform, Dr. Joseph Pantginis, who covers CPXX, has a one-year average return of 1.5% and a 44% success rate. 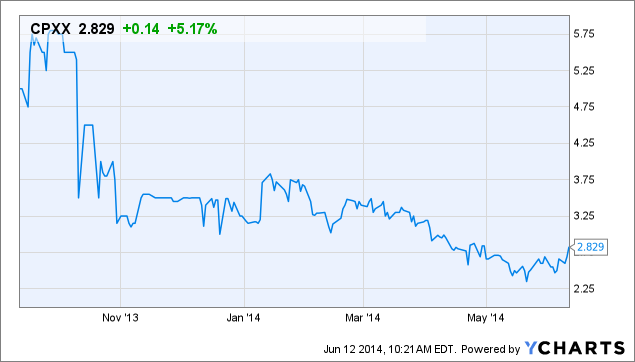