In a research report issued Monday, Roth Capital analyst Debjit Chattopadhyay reiterated coverage with a Buy rating on Prosensa Holding (NASDAQ:RNA) and a price target of $17, as the company announced the initiation of a rolling NDA submission for drisapersen for treating Duchenne muscular dystrophy (DMD).

Chattopadhyay noted, “The rolling NDA submission was made possible by its breakthrough therapy designation among others. We anticipate that the FDA will convene an advisory panel meeting during 1H15 and potentially grant accelerated approval during 2H15. With multiple clinical and regulatory milestones, and a wide EV disparity, we recommend owning Prosensa at current levels.” 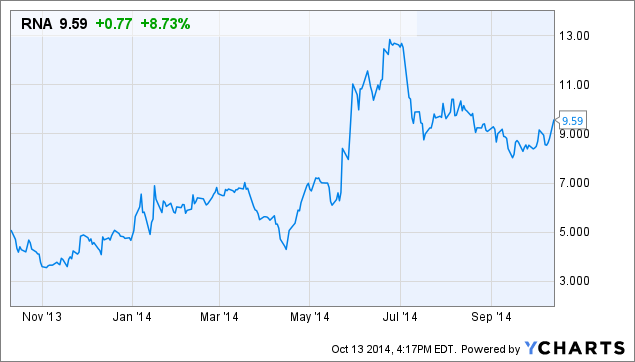 Prosensa: Recent Competitor Setbacks May Not Have Much Bearing On NDA Submission, Says Roth Capital

Oppenheimer Reiterates Outperform On Prosensa On The Back Of NDA Submission