In a research report issued today, Roth Capital analyst Joe Reagor reiterated a Buy rating on Polymet Mining (NYSE:PLM) with a price target of $2.25, as the company provided an update on its environmental permitting process for NorthMet.

Reagor noted, “PLM now anticipates receipt of a final EIS in “early spring” 2015, which represents a slight delay from a prior expectation of year end 2014. We remain confident that PLM is nearing the finish line of its permitting process and we are maintaining a Buy rating and $2.25 price target. The analyst added, “We previously assumed 3-4 months of potential delays over the remainder of PLM’s permitting and construction processes.

“We remain confident in management’s ability to begin construction in early Q4 2015, but note that any additional delays could result in a 6-9 month delay in mine startup due to the shortened construction season in Minnesota.” 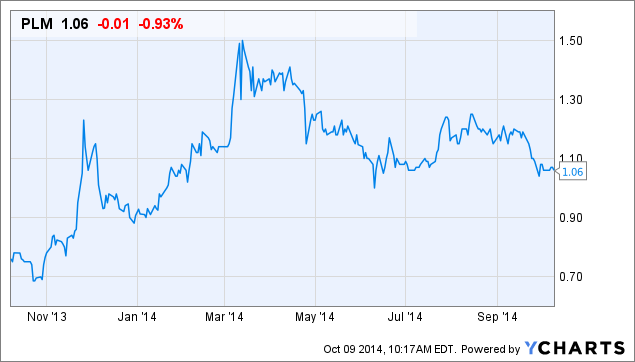