Henry noted, “Moving forward, we target the key catalyst as a late 2014/early 2015 FDA meeting to discuss the path forward for TNX-102 SL. Our expectations are for two pivotal trials with a responder analysis primary endpoint.” The analyst continued, “Shares of TNXP came under considerable pressure post mixed data (missed primary endpoint) with the BESTFIT trial for TNX-102 SL to treat fibromyalgia. However, we believe that FDA clarity (potentially in 1Q15) into a path forward for this treatment could revalue shares higher.” 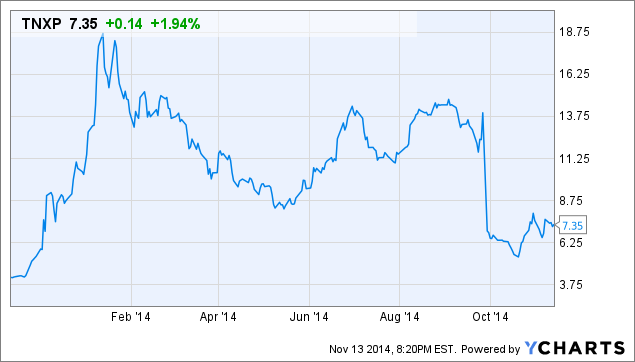