In a research report sent to investors yesterday, Roth Capital analyst Joseph Pantginis reiterated a Buy rating on TG Therapeutics (NASDAQ:TGTX) with a $25 price target, as the company announced an update from its TG-1101 (ublituximab) combination study with Pharmacyclics’ Imbruvica in CLL and MCL patients.

Pantginis observed, “We are very impressed with the data update, especially since the high ORR seen is 1) much better than expected ORR with either in monotherapy and 2) the ORR remains very high as patient numbers have increased. We believe these data act as a strong and important proxy for the randomized Phase III GENUINE study, which is expected to start shortly. This Phase III will enroll ~330 patients randomizing patient 1:1 to receive ‘1101 +/- Imbruvica.” 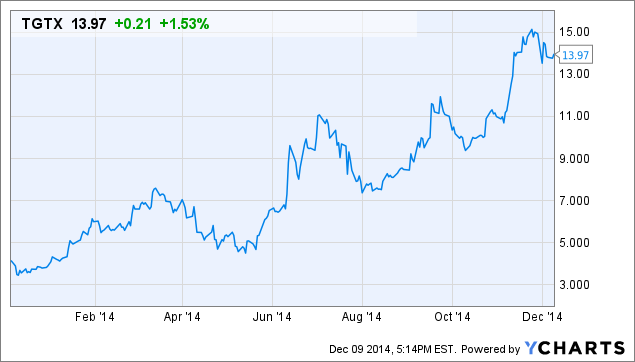