Roth Capital analyst Anton Brenner today issued a note in which he reiterated a Buy rating on SodaStream International (SODA) with a $55 price target amid expectations for the company to have a strong rebound in 2H.

Brenner wrote, “With consumable sales remaining positive and other geographic markets continuing to increase sales at an attractive rate, there should be attractive upside for the stock”. The analyst continued, “One wild card in Q2 may be a 3-month 20-foot shelf set in 1,600 Wal-Mart stores that began 5/17 and features a wide selection of SODA products near the front entrance. The display transitions into an end cap. Sell-in volume for this promotion should be significant in Q2”.

Brenner added, “Despite a 69% decline in soda maker unit sales in the U.S. in Q1, management has cautioned that Q2 revenues also would be depressed by a remaining U.S. retail inventory overhang. Sales in other major markets are expected to be positive, and we anticipate that domestic consumable sales will increase. We believe that foreign currency exchange rates were unfavorable in Q2, which should penalize gross margins”. 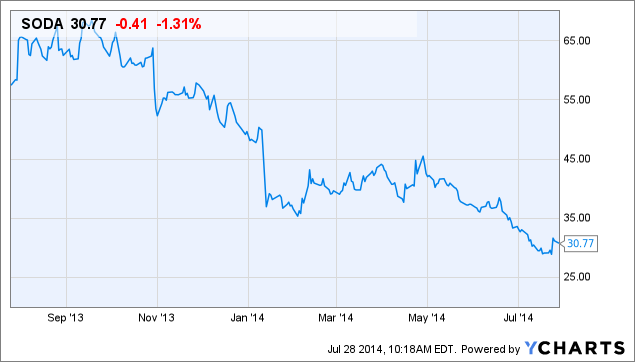