Roth Capital analyst Krishna Shankar reiterated a Buy rating on Cavium (NASDAQ:CAVM) with a $54 price target, which represents a potential upside of 6% from where the stock is currently trading.

Shankar noted, “In our opinion, CAVM is executing well with platforms such as multi-core network processors, security processors, and network adapter cards. We believe that growth may accelerate with new ARM-based chips for compute, network, storage, and security targeting a $10 billion Intel-based datacenter chip market. CAVM has good visibility on demand trends for core Octeon II & III multicore platforms and Nitrox security platforms, in our view. We believe that new products such as low-power Octeon III 2-core and 4-core processors for high- volume embedded/networking applications will complement high-end Octeon III family which can scale up to 48-cores.” 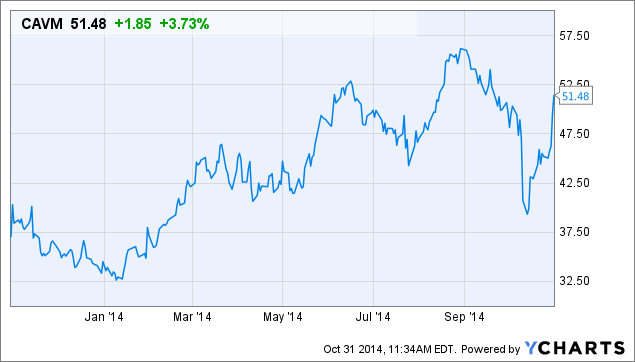