In a research report released today, Roth Capital analyst Joseph Pantginis reiterated a Buy rating on Peregrine Pharma (NASDAQ:PPHM) with a $5 price target, following the announcement of the company’s fiscal year 1Q15 results, posting an EPS of $0.08 and a revenue of $5.5 million, which is above Pantginis’s estimate of $5 million.

Pantginis wrote, “PPHM announced fiscal year 1Q15 results, posting EPS of ($0.08), compared to our and a consensus estimate of ($0.06). Total revenues for 1Q15 were $5.5 million versus our estimate of $5 million and consensus estimate of $6 million. The company ended the quarter with $73.3 million in cash, which management believes is sufficient to fund operations for ~12 months. PPHM reiterated guidance for contract manufacturing revenue for FY2015 of $19-$23 million.”

The analyst continued, “Alongside the SUNRISE Phase III study ongoing in over 130 sites, there will be additional focus on data readouts from other programs in the upcoming months: 1) The Phase I/II study of bavituximab in combination with sorafenib in hepatocellular carcinoma will have data presented at the Annual Meeting of the Society for the Immunotherapy of Cancer (SITC) in early Novmber; 2) The Phase Ib of bavituximab in combination with carboplatin and pemetrexed in untreated stage IV NSCLC will have preliminary data presented at the Chicago Multidisciplinary Symposium in Thoracic Oncology in late October. Additionally, PPHM will present more data from the immuno-oncology program combining bavituximab with other immunotherapies, specifically, an anti-PD-1 checkpoint inhibitor, at SITC. Data from the liver cancer study as well as from the immuno-oncology program should increase visibility, driving up potential partnering interest for bavituximab. Recall that PPHM also indicated that it is looking to expand bavituximab’s profile into other indications, particularly in breast cancer. At ASCO 2014 PPHM presented data from an IST of bavituximab + paclitaxel in HER2-negative metastatic breast cancer, showing that 85% of patients achieved ORR, with 15% achieving CR by RECIST.”

Pantginis added, “We reiterate our Buy rating and $5 target. With Peregrine being a pivotal stage company, we view the risk/reward profile as favorable, and we believe visibility from the broadening bavituximab profile and partnering potential should drive the stock in 2014.” 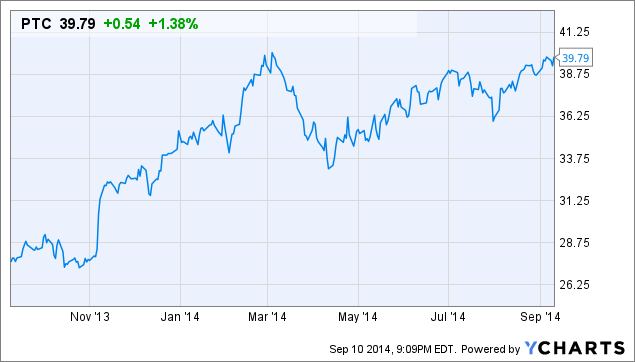