In a research note released today, Roth Capital analyst Debjit Chattopadhyay reiterated coverage with a Buy rating on shares of NeoGenomics Laboratories (NEO) and a $7.00 price target, following completion of $32.2 million financing. The analyst current price target represents a potential upside of 34% from where the stock is currently trading.

Chattopadhyay has updated his model with 2015 estimates: “For 2014 and 2015 we expect test volume growth of ~25% and ~18%, respectively, from NEO’s core business; our growth assumption excludes contributions from Path Labs, non-invasive prostate cancer test (NeoSCORE), and Covance (CVD-NC). While we expect the next few quarters to be noisy, as the Path Labs business gets internalized, it does not impact our long-term thesis on NEO, and we expect the company to return to profitability during 2Q15.” 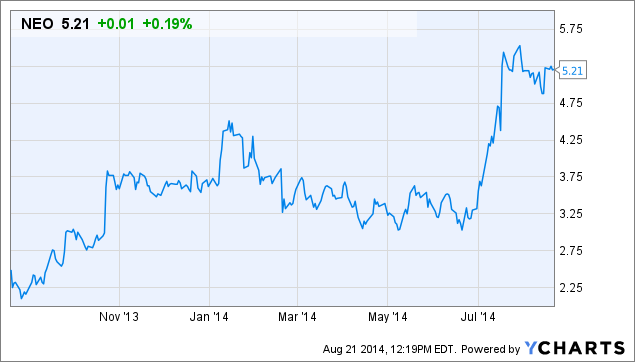