Roth Capital analyst Debjit Chattopadhyay reiterated a Buy rating on Nektar Therapeutics (NASDAQ:NKTR) with a$21 price target, following the news that NKTR’s partner Baxter International has submitted a biologics license application (BLA) to FDA for the approval of BAX 855.

Chattopadhyay noted, “Given the likely importance of BAX-855 to Baxter’s hemophilia franchise, the BLA is unlikely to have major show stoppers, and we expect approval during 4Q15. Upcoming catalyst include: launch of Movantik in the U.S. (1Q15), topline phase 3 data from wholly-owned NKTR-102 (1Q15), launch of Moventig in the EU (2Q15), and topline phase 3 data from its partnered antibiotic program (2H15). While 2014 has seen robust pipeline progress across the board, the upcoming NKTR-102 data might cause a stumble.”

The analyst added, “We estimate at least 40% of Advate’s $2B franchise to switch to BAX-855, which could generate up to $100M in annual royalty for NKTR.” 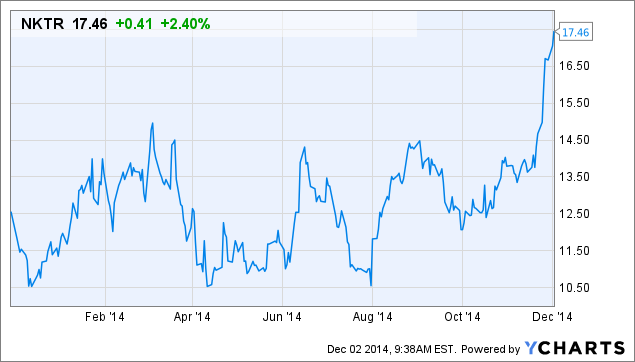