In a research report released this morning, Roth Capital analyst Philip Shen reiterated coverage with a Buy rating on Maxwell Technologies (MXWL) and a $15 price target, which represents a potential upside of 48% from where the stock is currently trading.

Shen noted, “Less than two weeks after MXWL reset expectations on its Q2 call, expectations for China bus volumes have started to run away yet again.” The analyst continued, “A recent article (link here) suggests that new energy bus volumes could be as high as 120k through 2015 with plug-in hybrids serving as the largest contributor vs. prior expectations of 60k. When we asked Yutong about this, they had not yet heard about this and were still sticking with the original 60k count. Additionally, there is the possibility that the 120k buses includes smaller buses that may not use ultracaps. We suspect the 120k new energy bus target is still making its way out of its government agency, and we expect we’ll see more details over the near term. We would adjust estimates when confirmed.”

According to TipRanks.com, which measures analysts’ and bloggers’ success rate based on how their calls perform, analyst Philip Shen has a total average return of -2.1% and a 40.4% success rate. Shen has a -17.0% average return when recommending MXWL, and is ranked #2832 out of 3228 analysts. 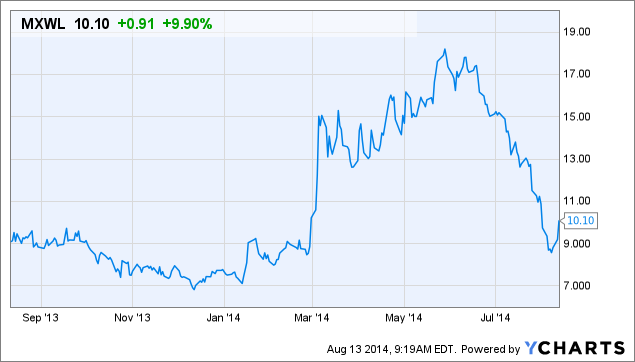 Maxwell Technologies: We May Have Been An Inning Or Two Too Early, Says Roth Capital