In a research report issued today, Roth Capital analyst Michael Higgins reiterated a Buy rating on shares of Mast Therapeutics Inc (NYSEMKT:MSTX) with a $3.00 price target, which implies an upside of 528% from current levels. The report comes after the company released second-quarter results and provided update on its clinical progress.

Higgins wrote, “The company announced that based on KOL interest the ALI trial is stopping in favor of starting a Phase 2 in stroke patients. To us, this move has always been a possibility so we’re pleased to hear it’s happening. Details are limited, but we speculate an acute setting, two-arm RCT in <100 patients starting in ’16 with results in ’17, funded by Mast, with a cost <$10M. Management has provided no details on its design. Given vepoloxamer’s activity, we believe it can work on rupturing RBCs in the brain and a study can be designed appropriately.”

Furthermore, “Management provided an update on the enrollment of EPIC. In early May, EPIC was half-way enrolled. To us, the additional 20% that have enrolled over the last three months indicates full enrollment in the next 4.5 months, or YE15, assuming the enrollment rate doesn’t change. We’ll look for further updates at Mast’s Fourth Annual SC conference in NYC on Sept. 3.”, the analyst continued. 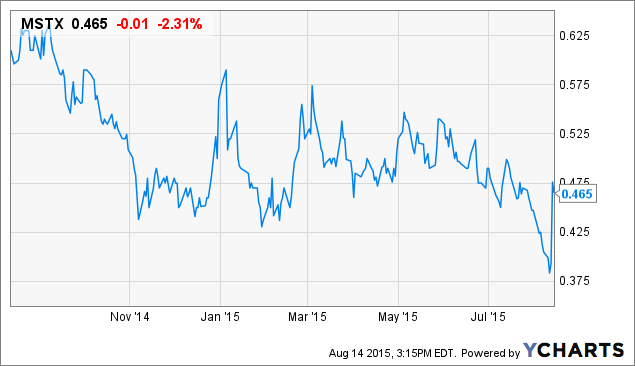