In a research report issued today, Roth Capital analyst Joseph Pantginis reiterated a Buy rating on Keryx Biopharmaceuticals (NASDAQ:KERX) and raised the price target to $32.00 (from $30).

Pantginis noted, “We believe the drug’s iron- sparing component, which leads to important reductions in IV iron and ESA use provides significant differentiated properties. We anticipate a strong U.S. launch, which KERX anticipates within 12 weeks. We continue to anticipate E.U. approval.” Furthermore he notes: “We believe today’s approval was widely expected ahead of today’s PDUFA date based on positive Phase III data, under SPA. Recall that in Phase III trials, Ferric Citrate significantly reduced serum phosphorus levels, as well as resulted in increased ferritin and transferrin saturation levels. We believe this iron-sparing component of the drug is key to differentiating Ferric Citrate from other phosphate binders. The reduced need to use IV iron and ESA’s significantly reduces the cost of care for ESRD. During the conference call, management fielded questions regarding why the iron-sparing characteristic was not in the label. However, we don’t see this as a surprise considering that IV iron and ESA use were not endpoints in the trial, and the FDA will not typically include non-endpoint characteristics in the label.” 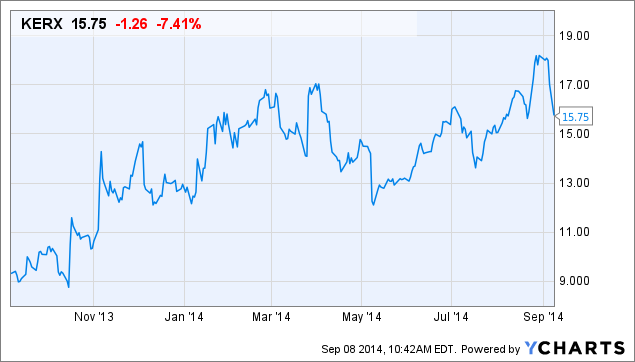