In a research report issued today, Roth Capital analyst Philip Shen assigned a Buy rating on Jinkosolar (NYSE:JKS) with a price target of $40.00.

Shen wrote, “We recently hosted investor meetings with JKS’s CFO, Charlie Cao, Director, Sam Zhang, and IR Director, Sebastian Liu, and came away with a better sense for its impending yieldco plans. We believe the IPO of JKS’s project business— Jinko Power—could serve as a material catalyst ahead as Jinko Power could be the first public Chinese solar yieldco. Additionally, demand and ASPs in China appear to be improving. Reiterate Buy, $40PT .”

According to TipRanks.com, which measures analysts’ and bloggers’ success rate based on how their calls perform, analyst Philip Shen has a total average return of 9.6% and a 60.0% success rate. Shen has a 28.0% average return when recommending JKS, and is ranked #475 out of 3274 analysts. 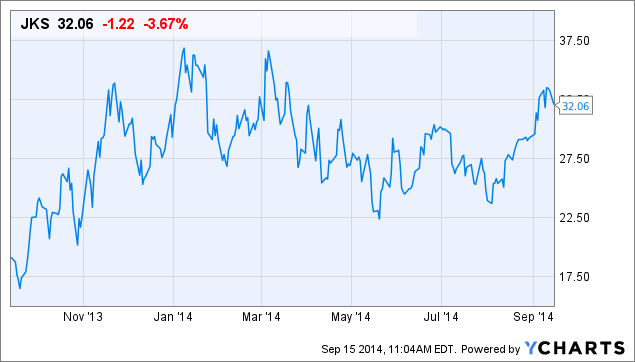