Reagor noted, “We viewed these results as being somewhat mixed, however, we continue to believe Hecla’s management is delivering on its goals and are encouraged by continued strong operating results”. He continued, “Recent positive momentum in mining company stocks has created a potential for mining companies to trade at a premium to their DCF values. The majority of gold and silver producers traded at premiums to their DCF values during the later years of the recent decade-long gold price run up, but these premiums were essentially eliminated following the gold and silver price collapses of 2013. Based on the potential of a return of these premiums to steady state producers, we are including a $0.25 per share premium to our DCF in our price target for Hecla”.

According to TipRanks.com, which measures analysts and bloggers success rate based on how their calls perform, analyst Joe Reagor currently has a one-year average return of 13.7% and an 75% success rate. Reagor has a 14.2% average return when recommending HL, and is ranked #958 out of 3215 analysts. 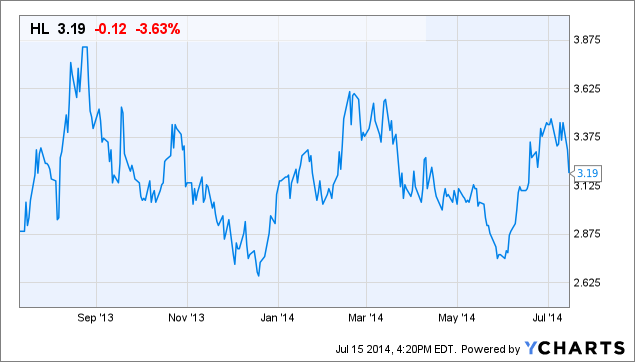