Pantginis noted, “We believe the GALE-401 program is de-risked based on its known mechanism and clinical data to date. We believe this Phase II study will be successful, which should lead to a Phase III study in ~200 patients, followed by our projected approval of the drug in 2017. GALE-401 represents another potential addition to the growing commercial franchise Galena is building; 1) starting with Abstral revenues currently, 2) Zuplenz revenues expected to start in 1Q15, and 3) Anagrelide CR projected revenue contribution in 2017. Recall the company has guided for 2014 Abstral revenues of $11-15 million, and our projection is for $11.6 million.”

Pantginis continued, “Galena’s leading role in developing immunotherapy products which include NeuVax in an ongoing Phase III study for breast cancer, a Phase II for gastric cancer and GALE-301 as a vaccine candidate for ovarian and endometrial cancer (ongoing Phase II). The Phase III PRESENT study has the desired sample size, which brings the study towards its interim analysis.” Pantginis added, “We continue to believe the company’s fundamental thesis remains strong, driven by a growing revenue stream from Abstral, a late stage development pipeline and promising earlier stage candidates.” 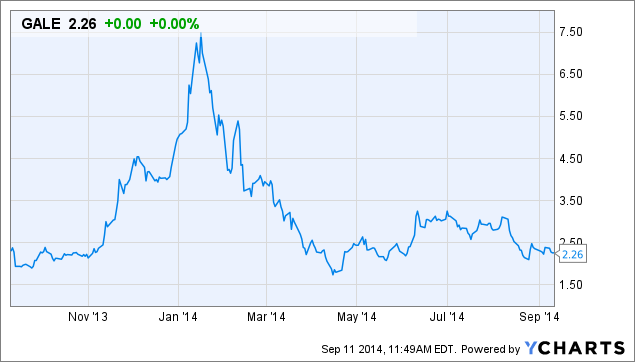