Roth Capital analyst Joseph Pantginis is out with a research report on Cytori Therapeutics (NASDAQ:CYTX) reiterating a Buy rating and a $3.50 price target, which implies an upside of 600% from current levels. The report follows the news that the FDA has gave Cytori conditional IDE approval for a U.S. pivotal study, STAR, in scleroderma.

Pantginis noted, “We are excited about this announcement to bring Celution to pivotal stage in the U.S. as it represents the first time the company will conduct a pivotal study in the U.S. We also believe that this study could represent a major visibility inflection point for U.S. investors. We are also encouraged by the low number of patients that the FDA has agreed upon for the study as well as being randomized.”

The analyst continued, “We view the announcement of STAR as part of the recent total reboot at Cytori, indicating a strong focus on being highly selective and thoughtful as to the therapeutic indications that the company will bring forward.” 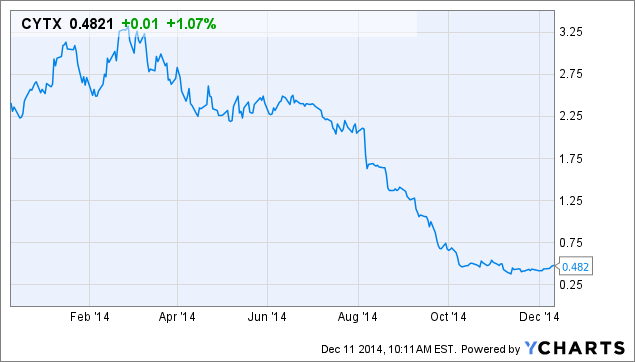