Cytori Therapeutics (NASDAQ:CYTX) announced that BARDA executed the option to fund the continued development of Cytori Cell Therapy for thermal burn injuries. The current extension is worth $12.1 million, with an additional $8.3 million anticipated upon IDE approval by the FDA.

In reaction to the news, Roth Capital analyst Joseph Pantginis yesterday issued a note in which he reiterated a Buy rating on CYTX with $3.50 price target.

Pantginis noted, “BARDA’s execution of the option was based on it’s review of a package of data that Cytori submitted detailing preclinical and clinical safety data from research done under the contract, as well as from the company’s U.S. clinical trials. The option execution will fund research and development to enable a pilot clinical trial of Cytori Cell Therapy in thermal burns, in addition to two years of preclinical investigations in other burn-related areas that could lead to the broadening of the Cytori technology. Eyes remain on the ATHENA trials in heart failure, which Cytori put on voluntary enrollment hold while potential protocol changes are considered after 3 patients experienced cerebrovascular events. It is important to note that the very sick patient population in this study is susceptible to these events and that the patients experiencing the events were on both the control and treatment arms.” 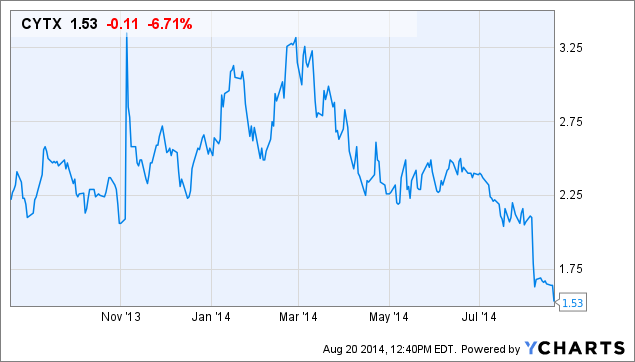