In a research note released this morning, Roth Capital analyst Dave King reiterated coverage with a “Buy” rating on Crown Crafts, Inc. (CRWS), and a price target of $9.00 a share following CRWS’s 4QFY14 earnings, which were a penny below estimates as lower-than expected gross margin was offset by declining operating expenses.

“We view CRWS shares as a low-risk way to play this potential improvement, given the company’s strong profitability, cash flows, and dividend yield”, says King.

According to TipRanks, which measures analysts and bloggers success rate based on how their calls perform, analyst Dave King currently has a one-year average return of -3.6% and a 30% success rate. He is ranked #2706 out of 3114 analysts. 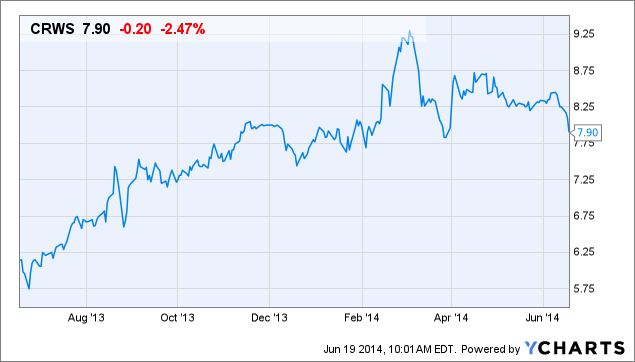